You've probably seen it before on the beach or in the park. Two teams (or two people) facing each other in a game that is very similar to volleyball. But in this game there is no ball involved. Instead, a large shuttle with a feather shuttle is used. The game is called Indiaca, which originates from Brazil and is rapidly gaining popularity in Europe. It is a fun and intensive game for (almost) all ages.

In Brazil they know it as 'Peteca', which is mainly played on the beach. But you can play it anywhere: in the garden, on the campsite, in the park. You can play it in any location that has enough space for two teams to challenge each other.

As mentioned before, in Indiaca no ball is used, but instead the game is played with a large shuttle (such as the one used in badminton) with a flat bottom and (turkey) feathers, which you hit over the net with your flat hand. The shuttle is handmade in Germany and is less sensitive to wind than a badminton shuttle and – after some practice – you can hit it easily and with a lot of speed to your opponent.

When you look at the shuttle from above, you can see that the springs are placed in a square shape so that you can hit it very accurately. The springs can be replaced and are available separately. You can play Indiaca as a couple, but also with a group.

Indiaca is also played at a professional level. Officially, an Indiaca field is 16 meters long and 6.10 meters wide, and divided in the middle by a net. How high the net is hung depends on the age of the players, but usually it is between 2 and 2.35 meters. A team consists of five players.

From the right at the back of the field, the shuttle is hit towards the field of the opposing team. This is also called the service. Your opponent must hit the shuttle back without it touching the ground. Each team is allowed to touch the shuttle a maximum of three times before it is struck over the net. Touching is allowed with the hand or the arm (up to the elbow). Only the team that has done the service can get points. You score a point if the shuttle hits the ground within the lines in your opponent´s half or if the opponent makes a mistake (such as touching more than three times before the shuttle is played back).

What muscles do you train with Indiaca?

Although we mainly play Indiaca recreationally in the Netherlands, you train quite a few muscles during the game. Those in your thighs and calves, for example, are put to work when you launch yourself from the ground to reach the overflying shuttle. In addition, you train the chest and shoulder muscles, with which you give the shuttle the hardest possible hit towards the other team. That also affects your core, which ensures that you land stable again after a jump and remain firmly standing when you hit the shuttle.

So even if you play Indiaca recreationally, you still have a great workout for your body!

An Indiaca shuttle is lightweight and easy to take to, for example, the campsite or the park. The Indiaca Play is very suitable for this and is available separately as a recreational shuttle.

Do you play the game with children or do you want a little variety in the Indiaca game? Then play Indiaca Tennis! Here you do not hit the shuttle over the net with your hand, but with a special Indiaca racket.


Also fancy a little (de)tension during your holiday? With Indiaca you can be sure that you will stay active during the holidays! 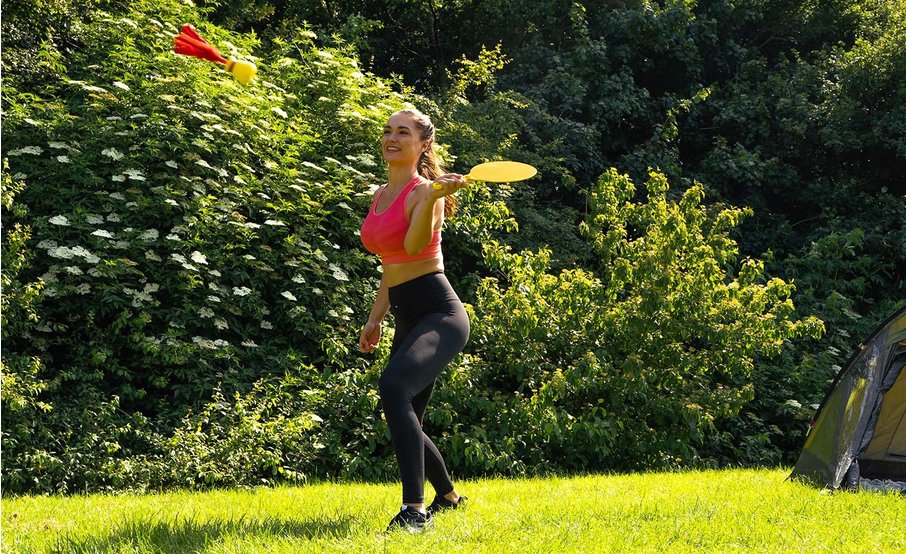 Indiaca: what is it and how do you play it You've probably seen it before on the beach or in the park. Two teams (or two people) facing each other in a game that is very similar to volleyball. But in this game there is no ball involved. Instead, a large shuttle with a feather shuttle is used. The game is called Indiaca, which originates from Brazil and is rapidly gaining popularity in Europe. It is a fun and intensive game for (almost) all ages. Discover Previous Next 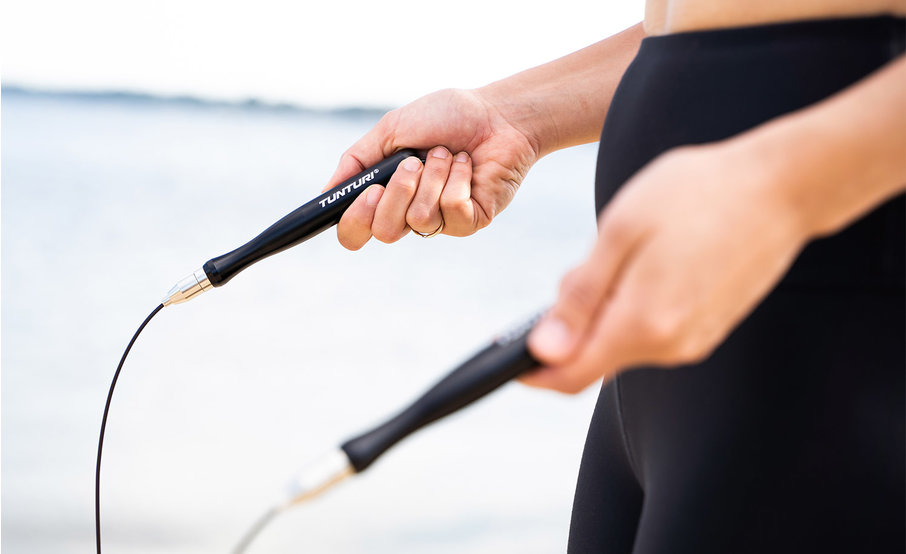 What are the advantages of a jumping rope? If you think of jumping ropes, the first thing you might think of is the schoolyard. But the jumping rope, also known as a skipping rope, has long lost this image and for many athletes a jumping rope has become an essential part of their workout routine. And rightly so, because the jumping rope is an ideal warm-up, it is an important part of strength training and you train your whole body with it. Discover Previous Next 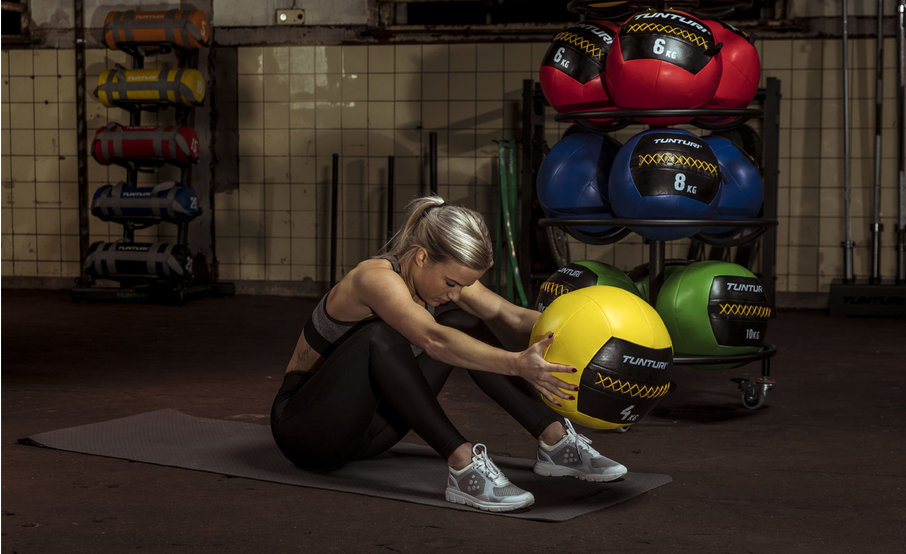 The benefits of a fitness ball Not having a ball while working out? In the world of fitness balls are an important part of the accessories that help you become stronger, healthier and fitter. Examples are the gym ball, wall ball, slam ball, and medicine ball. All these types of balls have varying purposes. We will list them with an explanation for you, so that you can determine which ball you must have. Discover Previous Next 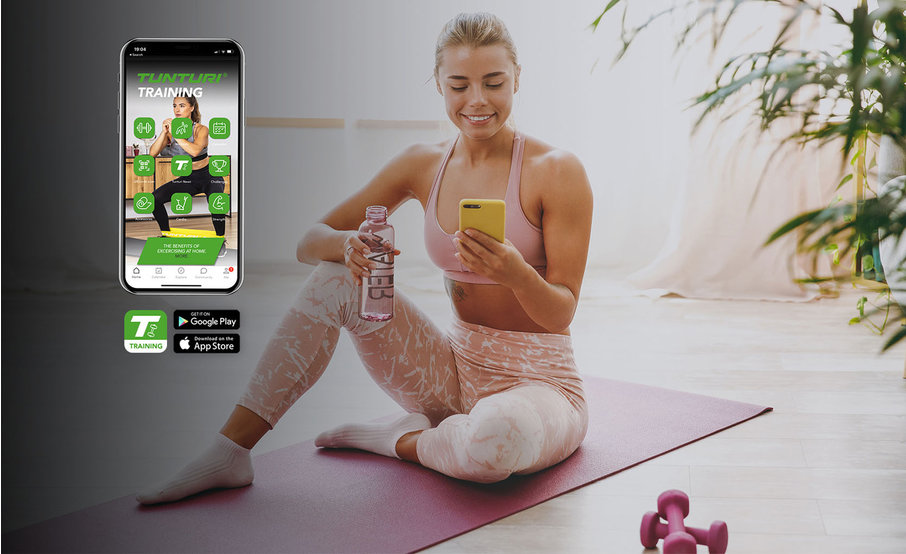 Tunturi Training app: the free training app that works in tandem with your fitness equipment You have bought a fitness ball, a set of resistance bands or a pair of dumbbells. Excellent! The accessories are waiting in the bedroom, ready for use. But... what exactly can you do with them? You will soon be pretty much done with lifting equipment and putting it down again, and that you can put a resistance band around your ankles is something you figured out a while ago. So what now? Well, you could do with a little inspiration. Discover Previous Next 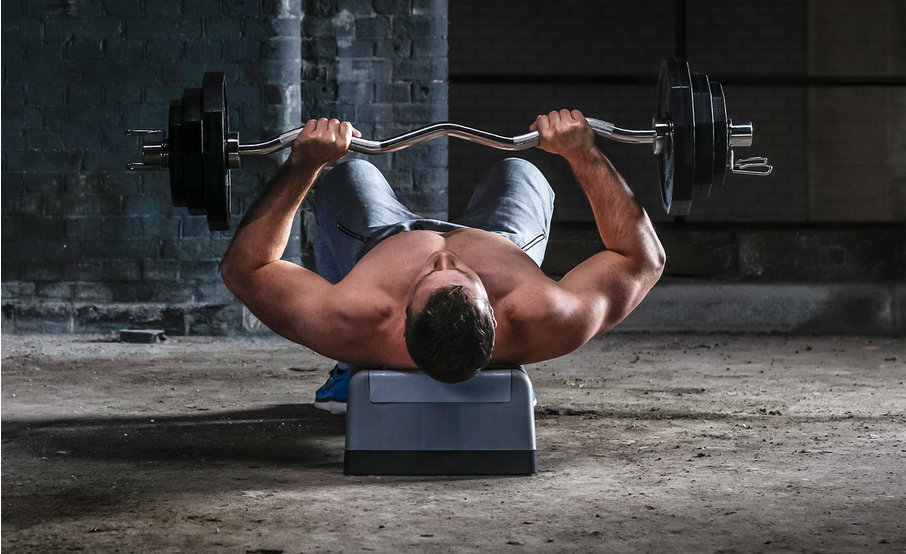 The benefits of an (aerobic) step An aerobic step, also known as a 'fitness step', is a versatile accessory that should be a part of any gym or in your home. You can use it for much more than simply a stepping stone for the classic 'stepping' with music. In this blog, we discuss the versatility of a step. Discover Previous Next
All articles
By using our website, you agree to the usage of cookies to help us make this website better. Hide this message More on cookies »