Boxing and kickboxing. Both contain the word 'boxing'. Both sports also use many of the same techniques and materials. Yet there are also some clear differences – and they are not only found in the word 'kick'. We will explain what the similarities and where the differences are.

The most obvious distinction is in the rules for the use of body parts. In boxing you can only use your hands, in kickboxing you use the hands, feet and shins.

Difference between boxing and kickboxing

In kickboxing you are mainly concerned with the leg technique. You have three different types of kicks: the low kick, the mid kick and the high kick. The low kick is aimed at the outside of the thigh, the mid kick is aimed at the side and the high kick has to hit the head. You are not allowed to use your knees and elbows, nor are you allowed to clinch.

Similarities Between boxing and kickboxing

So there are differences in rules and use of body parts. But there are also many similarities between boxing and kickboxing. They both fall – of course – under 'martial arts' and both have many physical and mental benefits. You train all the muscles in the body, improve your stamina, reaction time and timing and it can have a stress-reducing effect.

You wear boxing gloves, optionally with inner gloves Not only to protect your own hands, you also reduce the impact of the punches on the body of your opponent. The gloves are often a bit smaller for kickboxing, but you can make that choice yourself. A head guard is also an absolute must in both sports and a mouth guard is recommended if you train on a more professional level.

It is important to protect the feet and legs since there is an emphasis on those. You do this with special shin guards, which often also protect the instep of your foot.

How do you train for boxing and kickboxing?

The technique for both sports is basically the same. You learn to punch, dodge and absorb the right way. In kickboxing, this is extended with kicks. A workout also starts the same way. You start with a warm-up; usually done by jump ropes, sometimes supplemented with shadow boxing.

Then you start the real workout. You can do that with a sparring partner who uses coaching mitts gebruikt. But a punching bag is also ideal. Punching bags are available in different sizes. The smaller ones (70-100 centimeters) are for boxing, the longer ones (120-180 centimeters) are intended for kickboxing (punches and kicks). Punching bags are available for ceiling mounting, for attaching to the wall with a wall hook and there are also standing punching bags. A slam man – also called a boxing dummy or boxing doll – can also be used for both sports. This allows you to work on your reaction speed, timing and strength with special programs (based on lights on the dummy).

Are you as excited about boxing and kickboxing as we are? In our renewed range we have everything to make these sports a success! 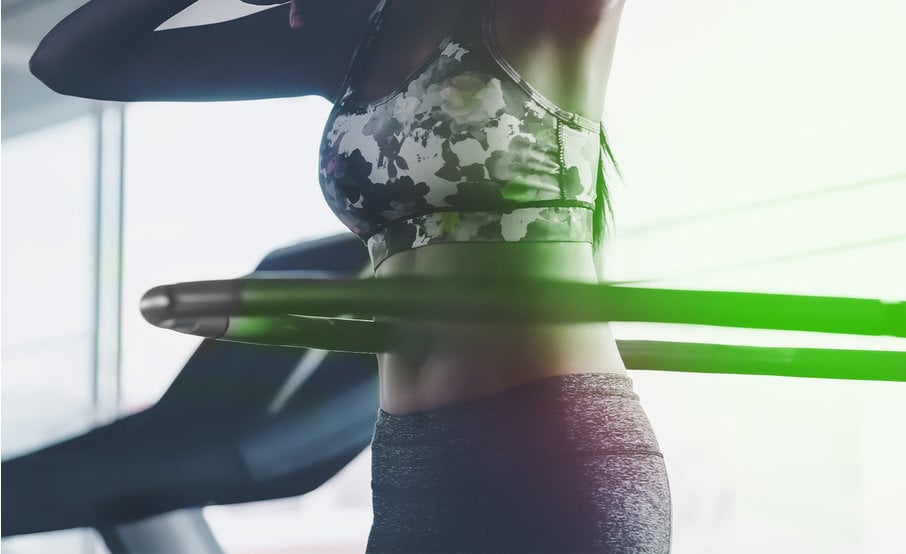 The benefits of the hula hoop Hula hooping is an underrated sport. Most people immediately think of the schoolyard or gym class at school, but hula hooping is a complete workout for your body and mind. Especially your core, balance and endurance benefit greatly from a frequent hula hoop session. So dust off that hoop or buy a fitness hoop and start moving those hips! Discover Previous Next 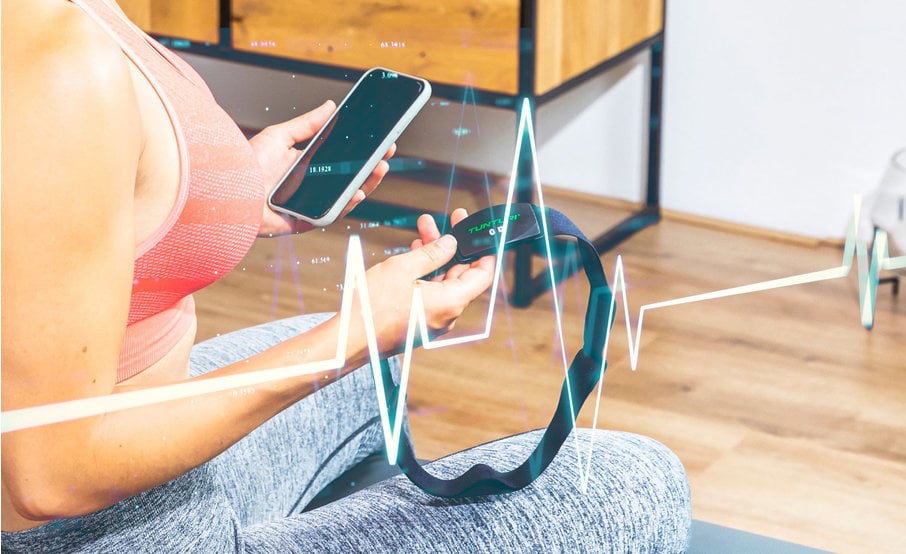 What are the benefits of heart rate training? Are you an enthusiastic athlete and do you want to optimise your workouts? Then you cannot avoid using a heart rate monitor. By doing heart rate training, you can keep a close eye on the intensity of your workout. With this, you don't train too lightly, but you also don't go over your limit by working out too intensively. Discover Previous Next 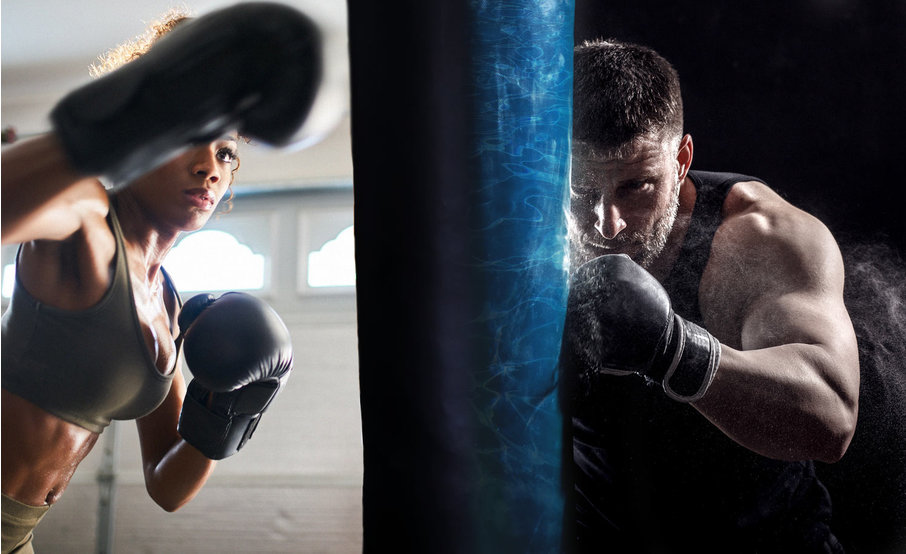 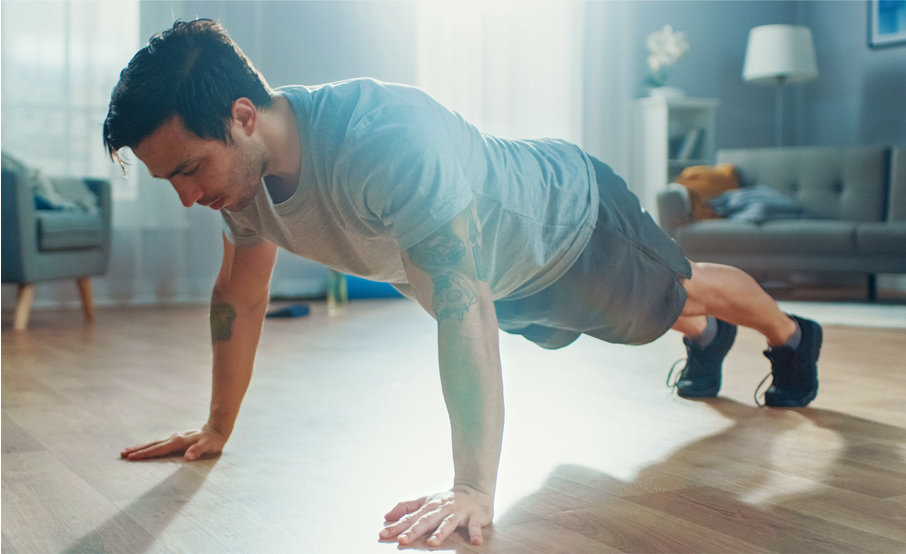 What are the advantages of push-ups and pull-ups? Push-ups are probably one of the most well-known workouts. And rightly so. Push-ups, like pull-ups, are relatively simple exercises that you can do (almost) anywhere and which train many different muscle groups. For the basic exercises, you don't need anything else but yourself: you train with your own body weight. If you do want a more intensive workout, you can get accessories that take up very little space. Discover Previous Next 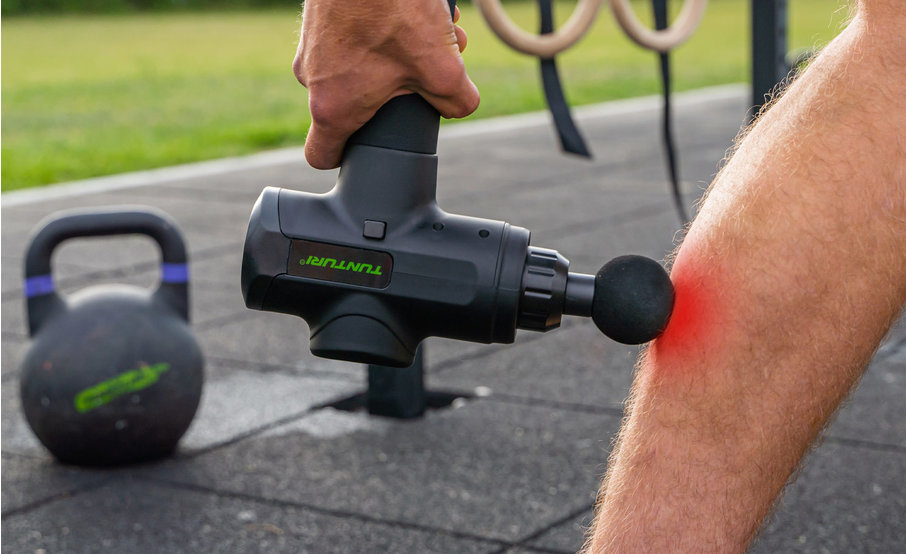 Trigger points: how to treat them? Ouch, a knot! Everyone has probably had it happen at some point, whether you play sports or not: A painful spot where the muscles cramp up. Sometimes with a clearly identifiable cause, sometimes spontaneously. These are "trigger points", also called "muscle knots": a painful hardening in muscles that no longer can relax. This can cause pain, as well as a feeling of stiffness or restricted movement. Discover Previous Next
All articles
By using our website, you agree to the usage of cookies to help us make this website better. Hide this message More on cookies »